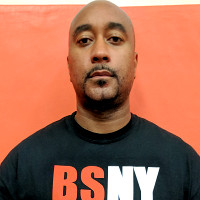 Coach Rich Parker starred in high school at Manhattan Center and emerged as a consensus Top-20 prospect in the class of 1995. He played his college ball at Long Island University, where he scored over 1,500 points, had 900 rebounds, 150 assists and 150 steals while earning a reputation as one of the best small forward in the country. After college, he played professionally in the CBA and USBL. Rich has since dedicated himself to working with young players determined to get better. He started coaching with BSNY in 2011.