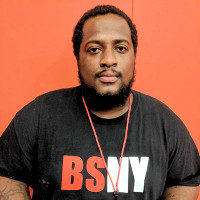 Coach “Jiggy” Josh Watkins was born in Harlem and developed his love for basketball playing in parks across the city. He emerged as a top prospect at a very young age, starring in tournaments like the EBC at Rucker Park and Dyckman. Josh went on to play his high school ball at Wadleigh before enrolling at Division 1 JUCO Howard College in Texas, where he helped lead the Hawks to a national championship playing alongside current Phoenix Suns forward Jae Crowder. Josh then accepted a scholarship to the University of Utah, where he was a two-year starter for former Chicago Bulls Head Coach Jim Boylen and former Utes Head Coach Larry Krystowiak. He led the Utes in scoring and assists his senior year. Josh graduated in 2012 with a degree in Sociology, then returned to New York City to pursue his passion of working with kids.