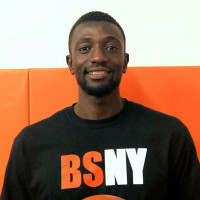 Coach Assane Sene grew up in Senegal before moving to Connecticut to play at national powerhouse South Kent, where he starred alongside NBA All-Star Isaiah Thomas. The 7-foot Sene garnered college interest from Kansas, Syracuse and West Virginia but instead chose to attend the University of Virginia. Assane was a four-year starter for the Cavaliers and played alongside current NBA players Malcolm Brogdon, Joe Harris and Mike Scott. After graduating, he played professionally overseas for a couple of years before returning to South Kent to serve as an assistant coach. He joined Basketball Stars in 2018 and specializes in developing wing players and centers.